Max And His Twin

Max has started school this year and I am happy to say that he has settled in extremely well. His teachers have commented that he is well-behaved and attentive during lessons. Unfortunately, while he is an angel in school, his mischievous twin rears its head at home.

As a baby, Max was a dream, easy-going, always happy. He blended into our family seamlessly and was an absolute delight. Even at age 2 where many parents experience the terrible 2s, he was still the same placid easy going boy. When he hit 3, his twin appeared. One minute he would be sweet as pie, the next he would be screaming murder.

As he got older, his temper became worse. Whenever he is angry, he would hit out at the nearest object/person next to him. He would have these screaming fits where you can just see his anger and frustration. Honestly , I felt lost. I never experienced such things with Ally and really didn’t know what to do. So I tried to be more firm with him, that didn’t work, I tried to be less firm with him, that didn’t work. I deliberately kept him home with me an extra year to spend time with him and to hopefully work on helping manage his emotions.  After a whole day of tantrum throwing and screaming fits, I felt like I have failed.

He is by far a horrible child, in fact when his temper is in check, he is such fun to be around. The problem is his evil twin appears without warning and just as quickly as it appears, it then disappears. The whining and defiance really gets me upset and then I start fighting his anger with mine which we all know, never works.

I am at a loss at what to do, I do hope that this is really just a phase that he would outgrow as he matures and learns to control his temper and emotions.

I lose my temper with them more often than I should. At times I choose my computer over playing games with my children.  I forget to praise them when they deserve it but I’m quick to point out their faults and wrong doings. Yet tonight, while putting Ally to bed, she grabbed me and gave me a tight hug. Then she whispered in my ear ” You are the best mama I could ever want”

I felt so undeserving…. and so grateful for their unconditional love .

Luke is going to be 6 months old soon, in the last few weeks he has started to show a great interest in our food. I was looking through old pictures and found some of Max . Let’s just hope Luke will be a much better eater than his brother.

One of his first foods, ripe banana

Still a favourite till today, steam broccoli and cheese

I miss his baby face 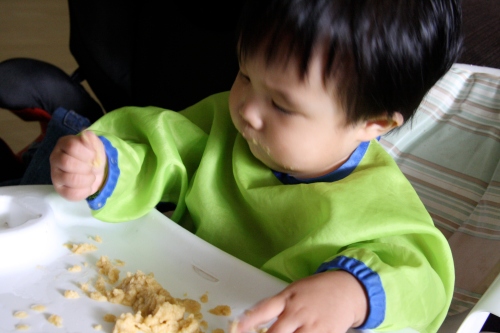 I can’t remember what he had that day, rice? Mash potato?

Like most boys, Max loves fire engines. I’ve heard and read about the open houses that the fire stations hold every Saturday morning so I took Max to the Yishun Fire Station as a surprise.

We reached there around 9.30am and we were the only people there for the open house. The firemen were busy with their work but they quickly obliged with a tour of the facilities. I had both the boys with me and two of them actually babysat Luke while Max and I had our tour. All the staff were extremely friendly and patient with the boys.

He loved playing with the steering wheel

I was pleasantly surprise by the friendliness of the staff and the informative tour. Even though it was just Max and myself, they showed us all around and let Max explore all the different vehicles.

The highlight of the morning was definitely the hose. They set it up for the children and needless to say Max had a blast ( pun intended) 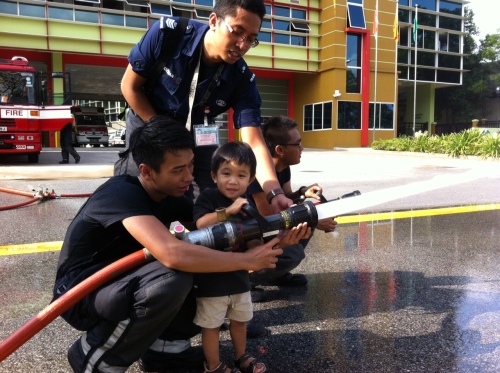 He didn’t want to put the hose down

At the end of the tour they even posed for a group photograph with the boys!

Max had such a great time that he asked me to take him back the following week. Once again we were the only people there for the open house and they gladly set up the hose for him again. This time he was given a firemen’s hat and jacket which he refused to take off for the rest of the morning. 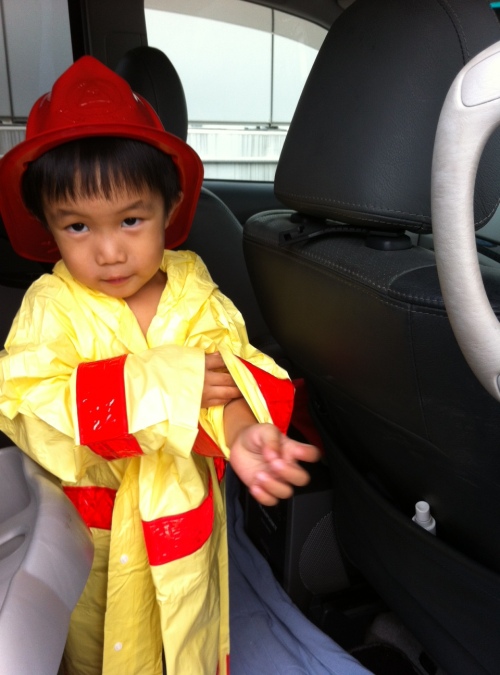 The Battle With Max

Recently I’ve been tearing my hair out trying to understand my son. Max has been whiny, argumentative and difficult which is very unlike him. I guess we could attribute it to Luke’s arrival but who knows? I’ve been trying to spend more time with him, to be more patient with him but I have to admit, it isn’t easy.

Right now, nap and bedtimes are the worst. He used to go to bed by himself, after a kiss goodnight, he would settle down and got to sleep. Now he whines about not being tired, he tosses and turns, he disturbs Ally, basically he does everything but sleep. It can take up to an hour for him to fall asleep. He is clearly tired, you can see his eye bags and he’s yawning away but trust me, that boy can sure fight fatigue.

I keep telling myself its a phase that he’ll grow out of. He is at an awkward stage at the moment as well, he’s not going to school like Ally and yet he isn’t the baby anymore. There are days where I feel like a terrible mother, simply because I feel like all I’ve done is nag/scold him.

It’s not all bad, there are days where my sweet boy emerges once again and we have great fun together. Beneath the whining and tantrums, he really is a sensitive soul who loves his brother and sister.

He looks so grown up in this photo, I love that cheeky look on his face

My two boys, such polar opposites 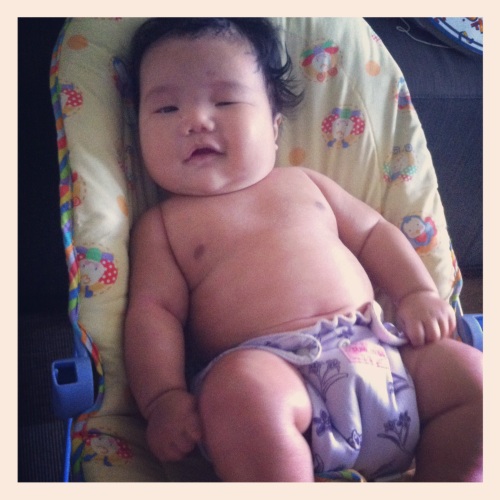 Max and Luke have both been down with a bad cold/cough, thankfully both boys are on the mend. It didn’t stop us from having some outdoor fun at the Botanics, we had beautiful weather, overcast but no rain.

The boys playing hide and seek

Who knew umbrellas could provide so much entertainment? 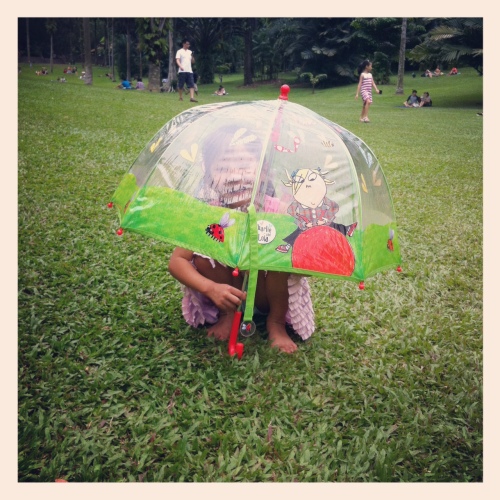 You can’t see me

Max honestly thought he had the best hiding spot

This was taken on our ” Max and Mama’s day out” at his request, we went to the airport and sat the sky train no less than 10 times 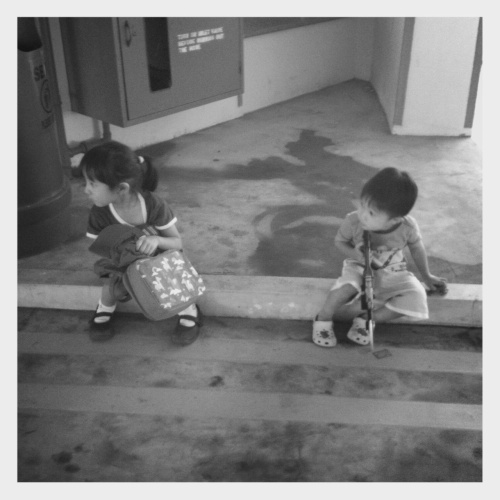 Both kids waiting for Daddy to come home from work

If you’re wondering why there are no pictures of Luke, its because he was mostly asleep in his stroller. My not so little man is now a whopping 7.2kg at 2 months, pictures to come soon.

They grow up too fast!
Blog at WordPress.com.