Ally had a simple request for her birthday, she wanted to go back to Universal Studios. This would be our 4th trip back? What can I say, the girl loves her rides.

We decided to make it a girls only day, and I decided to take her out of school on a weekday cos it’s just not worth battling the weekend crowds. I was SO wrong, the place was PACKED. Tons of tourists and a whole contingent of students, coaches and chaperons from the ASEAN school games.

We started off with the new Magadascar ride, just a harmless boat ride, tame and boring. Who knew that she would be afraid of the characters?! To her credit she didn’t cry but she did keep asking me if the ride was ending.

Queueing for the ride, thank goodness for the fast pass

I honestly didn’t have the chance to capture many photos, it was so crowded and hot. Besides, Ally was too excited to actually stand still and pose for photos, since it was her day, I let it be.

The monkeys that freaked her out

Her favourite ride in the entire park is the Canopy ride at Jarassic Park. That was where I had a huge scare that day. We queued up for the ride and as usual, the younger kids are strapped in with an extra seat belt, this is especially important for little kids like Ally who have just made the height limit for the ride. As the ride was starting, I heard a loud bang, her extra seat belt had come out! There was no way to get them to stop the ride, I reached over and tried to fix it back for her but I couldn’t reach her other side due to my own restrains. I didn’t want Ally to panic, so I just leaned over as far as I could and put my arm over her waist to secure her to the seat. Thank goodness the ride is only 35 seconds, the longest 35 seconds in my life. When the ride had stopped, I informed the staff about Ally’s seat belt but she didn’t seem too concern. I was worried that it would happen again to another child so I rang guest services to make a report. Universal studios was great, they closed the ride immediately to perform safety checks. The ride stayed closed for the next 3 hours which resulted in lots of complains from the park guests. Maybe I would have complained as well if I didn’t experience the seat belt malfunction first hand. Now I totally understand why there is a need for them to close certain rides at different times of the day for maintenance.

After that scare, I decided it was time for lunch and a nap. We headed to the pizza place where we shared a slice of pepperoni pizza. It’s a blessing that Ally can fall asleep nearly anywhere even though it was terribly noisy. While she napped, I just people watched and day dreamed away.

Full and sleepy, she had a good two hour nap in the stroller

We decided to conquer the milder rides after her nap so we headed to the merry go round. It was just our luck that someone had thrown up just before our turn so we had to wait a little while they deployed the clean up crew. 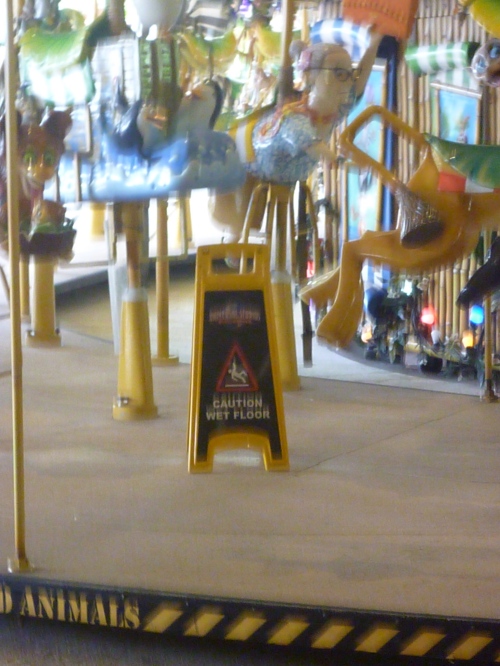 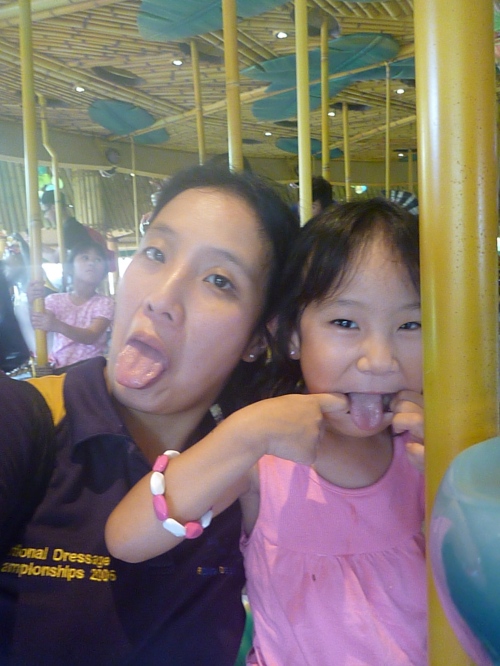 Ally is a real thrill seeker and really enjoys the junior roller coster. We must have ridden it at least 7 times that day. By 6pm I was totally exhausted, considering we had reached the park around 11am, you can imagine why. We had dinner at the chinese resturant in USS which in my opinion, is the best restaurant at the park. Ally polished off an entire helping of noodles on her own in record time.

She kept mentioning how happy she was and couldn’t stop thanking me for bringing her there. I was just glad that she enjoyed her birthday treat. Happy Birthday darling Ally!