Their first ride on the cable car

After their naps, we decided to head to Vivo city for some shopping. Knowing how crowded it can get during the weekends, we opted to park at Harbor Front instead. From the car park, Ally saw the cable cars and decided she wanted to take a ride on them. I, was less enthusiastic, I am absolutely petrified of cable cars. Each time I think of cable cars, my mind automatically thinks of the 1983 disaster in which 7 people were killed when an oil rig got tangled in the wires of the cable car.

For the children’s sake, I decided to try and conquer my fear. We were a bit concern that Ally would be afraid once she was in the cable car. The first and only time we took her on the Singapore Flyer, she cried the entire time. As it turned out, she really enjoyed the whole ride! As for me? I was a nervous wreck and was so happy to be on solid ground once more.

I was trying my best to stay calm

Matt and Ally enjoyed themselves 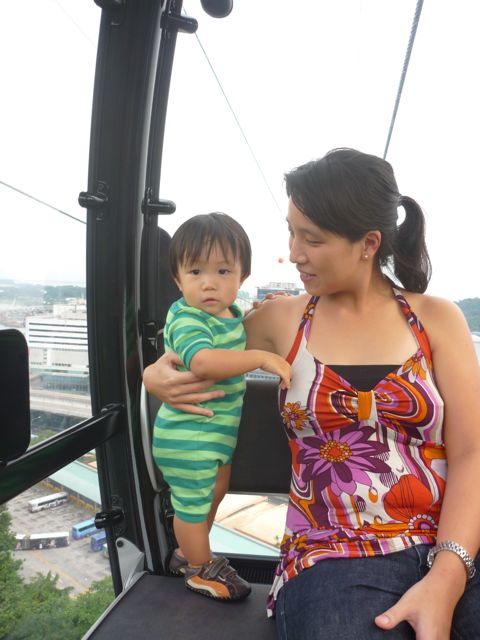 Max had fun as well! He was facinated with the construction site over at Sentosa 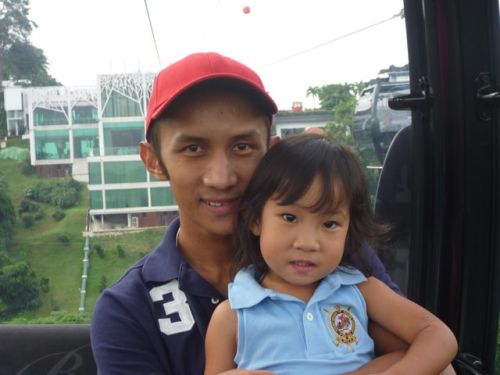 Ally wanted to stand up to admire the scenery, in fact, she would have walked around the cable car if I let her. I didn’t realise that I was holding onto her the entire time until she said to me ” please don’t hold me Mama”  I started off with Max on my lap, then he got restless and stood up on the seat to look at the view. When he started getting excited and banged on the windows, he nearly gave me a heart attack.  By the time we got off, I was drenched with sweat, but at least the kids enjoyed themselves.

Ally loves picnics, or rather, she loves the concept of a picnic. So even though it was pouring with rain outside, we decided to hold a picnic indoors. The theme for today’s picnic? Fruits!

It started with just Max 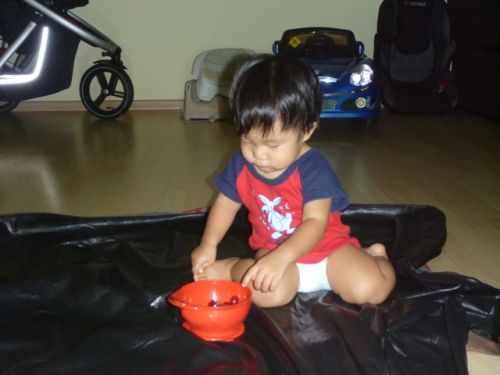 "All these grapes just for me!"

Ally joined in after her shower

* I put the picnic mat the other way round cos it’s a lot easier to clean up fruit juice on this side. 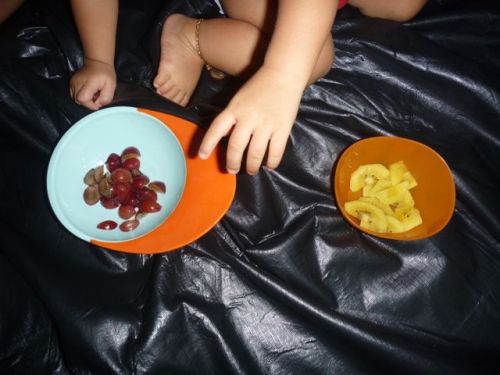 Our picnic ended rather abruptly when Max decided it was more fun to throw the kiwi around rather than eat them. His table manners are still left to be desired.

After lunch, Ally had a rare treat, we let her have a mini chocolate ice cream all to herself. 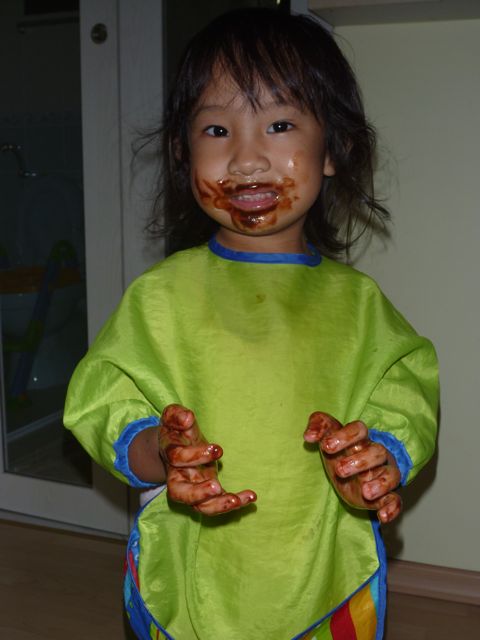